There’s some interesting stuff happening here at Dunwich…  If you’re interested in doing a cultural tour of Straddie click here to check out their website. I’ve met Brendon and his mum Denise who’ve started up this business and they’ll look after you.

Lots of Dugong and Turtles popping their heads up to bid me hello today. The wind was really light to begin with – just a zephyr – it made it easy to hear the sea creatures pop up and catch a breath of air.  They’re too quick though to get a photo of them. 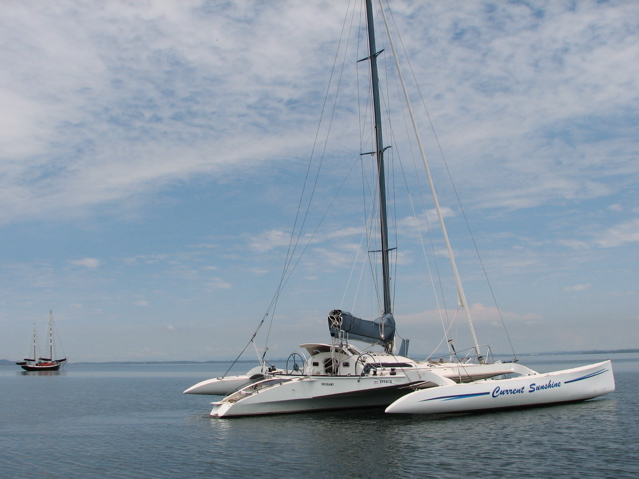 And a heron checking out the solar panels… 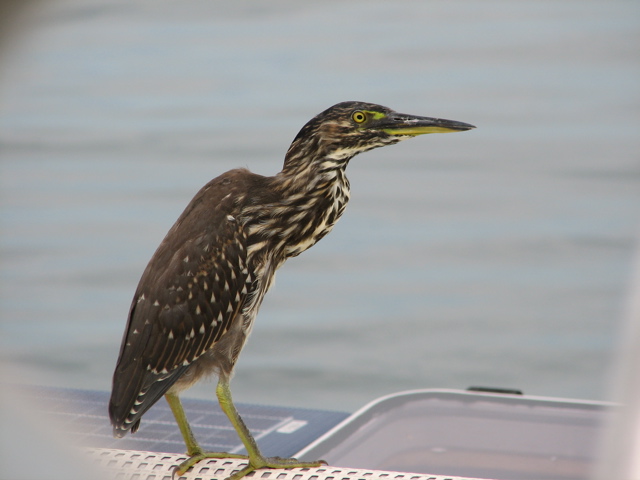 Did you ever read BC, the comic? The weatherman would write No Rain on a rock outside his cave.  The ‘No’ was written in indelible pencil – so of course when it rained, the No washed off.  And so he was always right.

Just now the weather sites are having a tough time getting weather predictions right. There’s quite a few small low pressure cells bumping into each other and, I guess, making it hard to read the future.

I had decided to sail from Russell Island to the Gold Coast yesterday because of predicted northerlies for many days.  But on the morning, the forecast was for an afternoon southerly, which would have meant motoring and depleting my batteries, which I did not want to do.  So I chose not to go, disappointingly because I had invited a few friends. But the southerly failed to arrive, and the north westerly stayed and would have made for a nice sail.

And today, the light southerly has arrived, and expected tomorrow as well.  So I savour the delights of Russell Island a little longer.

I am still hoping to go south, maybe to Sydney, and the forecast for later this week gives me hope for that.

But don’t worry, there’s dozens of boat projects that need my attention.  So today I have completed the wiring for a new autopilot and the old one becomes a backup. The new pilot has a remote control which should make it safer to change course. Mounted on the aft deck, changing course with old one in a sea was precarious – it meant clambering onto the aft deck.

And I have fitted a new 5 inch pitch propeller and will get to trial it when I move next (probably Wednesday).